Overseas Chinese do persistently encourage and support their next generation to learn and sustain their cultural heritage with a view to contributing to the development of multiculturalism in local communities. Youngsters learning how to sing, dance or perform in their culturally would not only promote their own heritage, but also build the most intimate dreams for their artistic selves.

The stage will be mainly shared by three local dancing schools with distinctive cultural backgrounds, namely, Haiyan Dance Studio, Linda Jamieson School of Dance, and Rathi School of Dance. One should expect to see a variety of dancing types including traditional and ethnic Chinese dances, ballet, jazz and Indian classical.

Also it is worth mentioning that the audience will have the chance to appreciate debut of two pieces of original arts work. One is a melody named Grandma, created by Guan Yadong Studio, which praises invaluable cross-generational connections. This piece has also been referred to China's National Campaign of Original Music Works for Children and Youth. The other piece is a mini-drama named ,The Red Balloon in Memory, brought by the New Concept Drama Studio, which will talk about love in a short but heart touching story.

On the same stage, Zither players from the Zichan International Arts School will perform on a theme of the Four Arts of Chinese Scholar, i.e. Zither, Chess, Calligraphy and Painting. A pianist and a violinist from the Ottawa School of Music are going to reproduce the classical Butterfly Lovers concerto, as exhibiting this oriental legend through Western instruments. Furthermore, young players of Apple Piano Studio will present the renowned Hungarian Dance, and singers of ottawa Haiyi Choir are joining the show as well.

This showcase is launched by the Canada China Cultural Development Association, which is mandated to facilitate cultural exchange and advance Canada-China friendship through arts activities; and organized and managed by the Haiyan Dance Studio, which was founded by dance professional Ms. Haiyan Lu and focused on classical and ethnic Chinese dance education. Also co-operating this event are the nine above noted professional arts groups from the local community that share the same idea of promoting Chinese cultural arts as a part of Canadian multiculturalism. 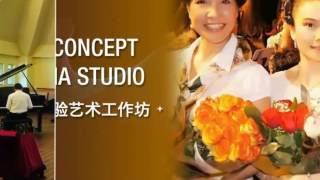 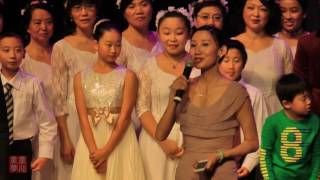